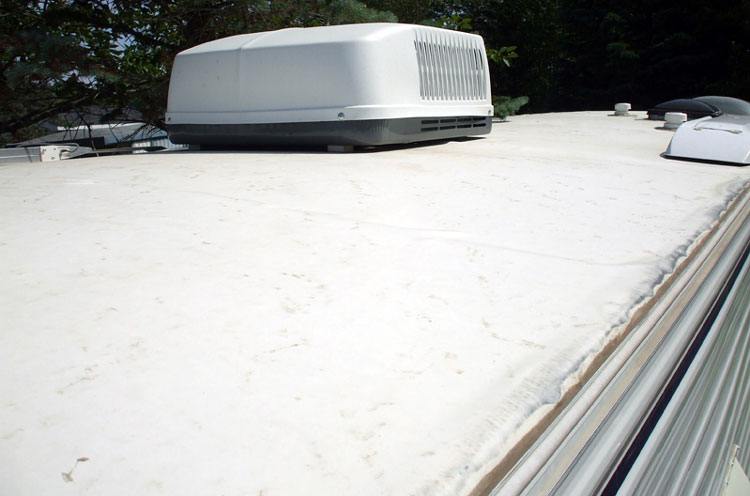 Shopping for a new RV roof can make you instantly realize that there are actually numerous choices that are available for you. While most of the types of roof designed for RV are good choices, it is a must for you to educate yourself about each one prior to making a decision. You might come across two that stand out, TPO vs. EPDM, but you have some considerations to think about before choosing.

Avoid rushing and making a decision based on the option that’s introduced to you first. Make it a point to examine all your options, determine their strengths and weaknesses, and figure out which one works for your RV’s roof the most. Two of your choices, when you are shopping for a new RV roof, will most likely be TPO and EPDM.

So which one between the two is actually better?

TPO roofing is perhaps the most used product today because of two viable reasons – it is white and relatively cheap. It has a TPO membrane, which you can mechanically attach or screw. Alternatively, you can also fully adhere or glue it. As to the detail work and the seams, you can glue the membrane or just let it heat-welded.

One of the major components of TPO is its laminated nature. Furthermore, note that the material, which is visible on top, is not similar to the material used in the bottom. In most cases, it has a white top then has a gray bottom. There is also a wearing surface on top as well as a filler material on the bottom.

If you choose TPO, then note that you can integrate a fiber reinforcement to it to make it even more durable and stronger. However, this might also result in added rigidity, causing difficulty when installing it.

EPDM, on the other hand, is a roofing material, which you can vulcanize, meaning you can dry it out then cure it into the sheets. Alternatively, you can also choose not to vulcanize it, leaving the material to reach a semi-solid state.

Note that the vulcanized EPDM is the one that serves as the roofing membrane. The non-vulcanized, one, on the other hand, is often used as flashing of the cured material for roofing or as part of the detail work. Also, note that EPDM is synthetic rubber, which is the reason why it is mainly black.

So how do TPO vs. EPDM differ from each other aside from their main materials and color? Which one between the two can fare better for your RV? We decided to compare the two based on different factors.

In most cases, a TPO roofing membrane is costlier when compared to EPDM. That’s the main reason why many find EPDM roofs to be more economical, especially when they need single-ply roofing membranes.

When it comes to choosing between the two based on cost, though, you have to make sure that you go for one with a thicker membrane. You can expect both TPO and EPDM roofs to deliver even more excellent performance and last even longer if they are thicker so you should take that into consideration once you choose one and install it.

One of the most effective ways to figure out a single-ply roofing membrane’s longevity is the technique used as far as overlapping the seams and how they were attached together are concerned. The safest bet for you is that with permanently attached seams. It is mainly because improper and poor attachment can lead to leaks.

TPO roofing membranes are quite to detect, though, when it comes to their longevity. It is mainly because TPO is actually a new roofing product. Also, it is still an experimental product so you may have a difficult time figuring out whether it can last longer than you expected.

That said, many prefer EPDM because they offer some sort of guarantee in terms of longevity.

Durability for TPO vs. EPDM

In terms of durability, EPDM is known for having an excellent reputation. It is mainly constructed out of a rubber compound and it has been around for decades already. In addition, it comes with detailed flashings and well-tapered seams, making it capable of lasting for a max of 25 years.

In addition, the roofing industry recognizes it as one of the most reliable materials for roofing, which provides ultraviolet light resistance. It can also resist extreme weather conditions, oxidants, and ozone. EPDM is also known for having a better performance than TPO when used in cold climates.

The strength of a TPO seam, on the other hand, is around three to four times better than the tape and adhesive seams of EPDM. Also, TPO is as durable and tough as EPDM. The problem is that there are still improvements and changes in TPO membranes’ formulation, causing each one to perform differently.

Furthermore, TPO has a poor reaction to ponding water as it tends to crack and split. It can’t also resist solar and heat overload, which is the reason why EPDM is considered by many as a clear winner when talking about durability.

In a TPO vs. EPDM comparison, EPDM is known for being quicker and easier to install. It is mainly because it does not require special equipment to install. TPO, on the other hand, requires hot air welding, making its installation process more costly and complex.

Also, a beginner in the field of roofing can already properly install EPDM while a TPO roof requires an expert and experienced roofing contractor. It is mainly because poor installation of the TPO roof can lead to leaks and costly replacements and repairs.

During the early parts of its service life, you can expect an EPDM membrane to not require a lot of maintenance provided it was installed properly. TPO, however, requires more maintenance as you need to treat its seams with an adhesive, causing it to be prone to coming apart.

Take note, though, that EPDM also tends to have a poor response to oils and solvents. That said, avoid using conditioners and cleaners containing harsh abrasives, citrus, and petroleum solvents when cleaning and maintaining it as such might only trigger irreparable and severe damage to the roof. Learn more the best RV roof sealants and coatings.

TPO vs. EPDM RV roofs have their individual strengths and weaknesses. That’s the main reason why you really need to do a thorough comparison between the two. By comparing the two thoroughly, you can decide which one can benefit you the most once you install it in your RV.