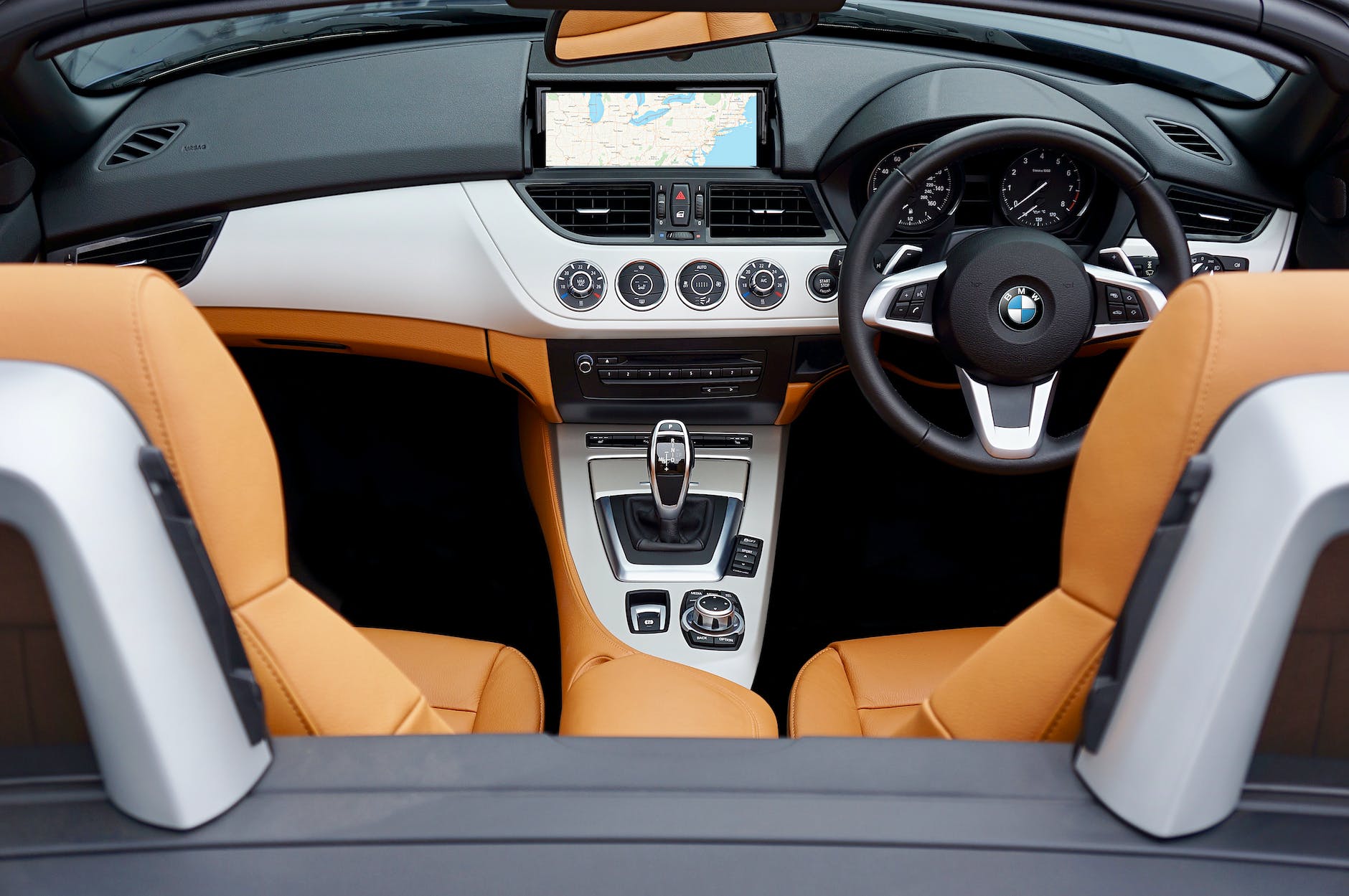 No matter where we go in our fast-paced, modern life, we’re surrounded by screens. They are everywhere -- even in our recreational vehicles. And rightly so. RV in-dash displays provide connectivity to the outside world for navigation, safety, and even entertainment. But which one is best? We’re confident that once you read our Pioneer AVIC 8200NEX review, you will want to put this system on your initial consideration list.

The Pioneer AVIC 8200NEX is a networked entertainment system consisting of a combination navigation/audio-visual receiver with a 7-inch touchscreen display.

But it's more than a screen, and that’s the main point to take away from our comprehensive Pioneer AVIC 8200NEX review. The system serves as a hub for all the ways you can stay connected, whether that’s via the radio, GPS, Internet, apps, or more.

The company has designed the system for maximum compatibility in today's screen-driven world. It can become an extension of your familiar cell-phone environment, whether you're an iOS or Android user.

That means you can use the same apps from your mobile phone on the in-dash system. Once there, you'll be able to access the content you need through a highly customizable and responsive touch screen.

More Than A Screen 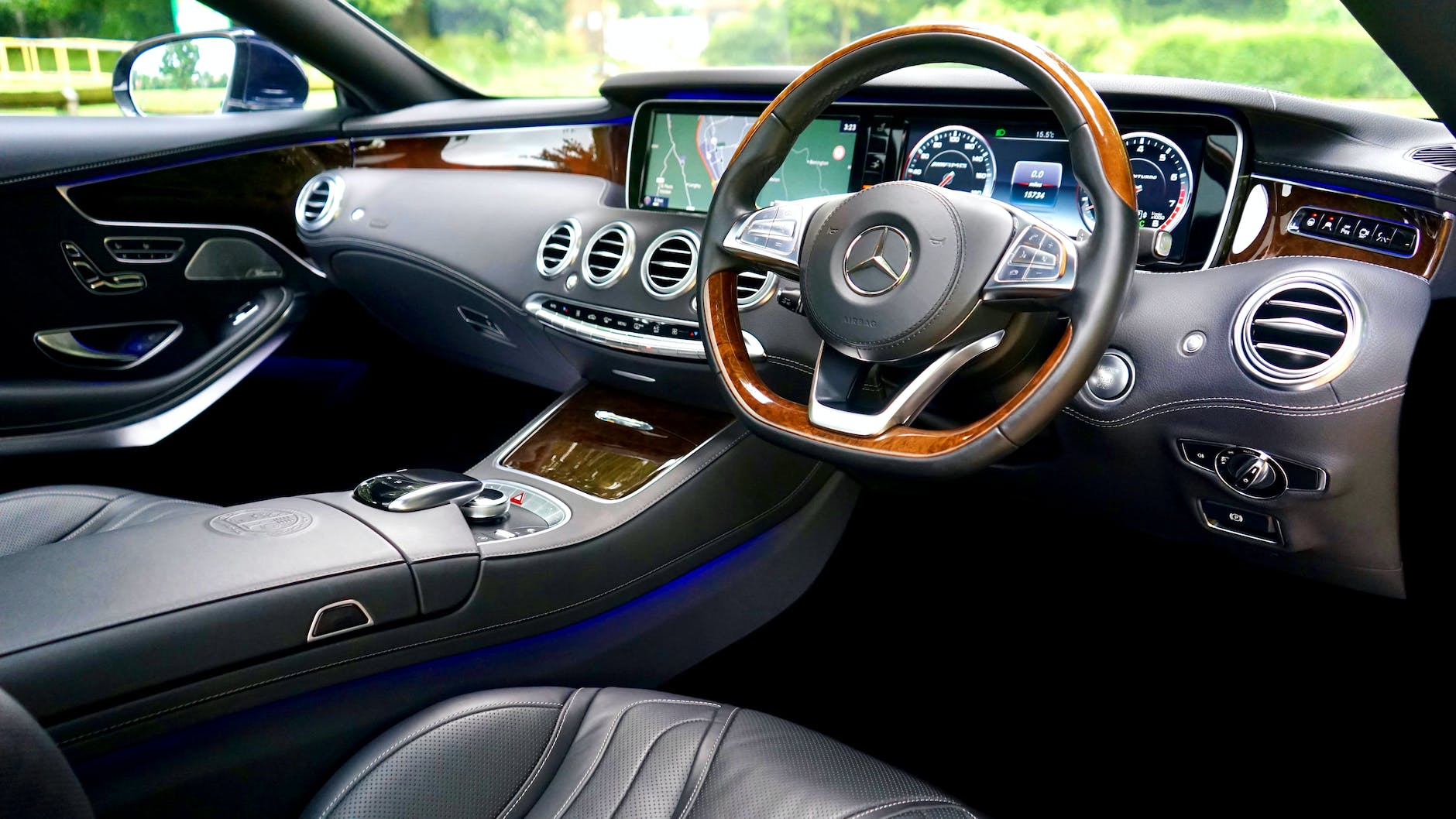 Think of the in-dash display as the command center for your RV experience. It may look like a screen, but it’s much more. But before we get into the heart of our Pioneer AVIC 8200NEX review, let’s review what you should be looking for when considering an

First, consider the size of the screen and the resolution. It defeats the purpose if your screen is too small or hard to read. Generally speaking, screen sizes range from 6-to-9 inches, measured diagonally. The vast majority fall into the range of seven inches.

When it comes to resolution, the bigger the screen, the higher the cost. Depending on how you need to use the screen, it might be worth the investment. You may find yourself wanting to stream a movie or watch a DVD. So shoot for an HD screen but remember to consider the concept of tradeoffs. You'll want a nice balance between costs and the features that important to you.

One of the major variables: media compatibility. At first, you might think you'll use the screen only for GPS display. But many systems are optimized to sync with cellphone operating systems, allowing for a richer multimedia experience.

As such, you’ll also want to make sure your screen is fast and responsive, utilizing applications of “predictive data entry.” Speed is important because you don’t want to miss the turn waiting for the screen to catch up! 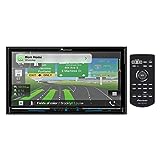 Given these variables, how does the Pioneer AVIC 8200NEX stand up? Fairly well, we say.

Perhaps the headline feature is the work that Pioneer has done with compatibility. The system will integrate with your cell phone, no matter whether you’re an Android or iPhone user.

The screen is 7-inches diagonally, with a resolution of 800x400 -- known in industry parlance as “WVGA.” The built-in navigation element includes 16 gigabytes of map data and lists close to 8 million different points of interest.

The system will help you navigate anywhere in the United States, including Alaska and Hawaii, as well as in Canada and Puerto Rico.

The Pioneer AVIC 8200NEX comes ready to receive Sirius Radio and integrates with Pandora. It also functions with a wide range of media types, including jpeg for photos, mp3 for music and MPEG-1 through MPEG-4 for movies.

The system includes various connectivity ports, such as HDMI, USB, and an auxiliary output to connect other devices such as laptops.

The Pioneer AVIC-8200NEX is available online for between $$ and $$, according to Google Shopping. Users on Amazon give the system 3.8 stars out of 5.0, and it also received an Amazon Choice award.

One very pleased customer who installed the unit in his 2010 Toyota Tacoma praised the Android Auto interface and loved the sound and navigation performance. A separate user found problems with the screen freezing up and was annoyed by the lack of a centralized volume control panel.

Our Pioneer AVIC 8200NEX review is based on a variety of sources. These include advisory lists compiled by Crutchfield as well as RV specialty sites such as RVWeb.Net.

We also relied on Amazon and looked at competing systems from Garmin, Kenwood, and Sony to round out our Pioneer AVIC 8200NEX Review, starting with Sony.

The Sony XAV-AX5000 falls into the middle of the displays we’ve selected for our Pioneer AVIC 8200NEX review. The Sony system consists of a 6.95-inch touch screen display that integrates with both Apple CarPlay and Android Auto.

So like the Pioneer system, you’ll be able to have one seamless experience through a network powered by your cell phone.

In contrast to the Pioneer system, however, the Sony receiver will not support video. So you are confined to using it for navigation, and whatever audio source you prefer.

Piping in audio via your cell phone will be easy to do. The system comes with two USB ports. So whatever you download on your phone can now play through your display system in the RV. The system is also Sirius-radio ready.

If you want to save a few dollars, Sony also offers 6-inch versions of the display. The displays are described as “bevel-less” -- meaning they will blend seamlessly into the dash no matter the color.

Versions of the Sony XAV-AX5000 is available for between $ and $$. If you place a higher value on video compatibility, consider this model’s sister system, the Sony XAV-AX210. This item comes with a built-in DVD player but allows you to watch movies to other parts of your vehicle. 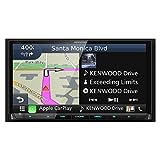 Another display option in our Pioneer AVIC 8200NEX Review comes from Kenwood. We found it an appealing choice for the middle of the market -- not too expensive, but not cheap either.

The Kenwood Excelon DNX994S In-Dash Navigation System consists of a 6.95-inch diagonal touchscreen. The resolution is identical to the Pioneer model at 800 x 400 -- clear enough to capture directions and watch the occasional movie.

In a nice touch, Kenwood has built in a picture-in-picture capability so you can monitor directions and play from media sources simultaneously.

The unit comes with a built-in DVD/CD player and supports MPEG 1, 2 and 4 formats. You’ll be able to pair your phone to the Kenwood model using Bluetooth wireless. You’ll also be able to connect phones and other devices via onboard USB ports.

Garmin navigation is built into the Kenwood system. It includes features such as assistance for lane changes, multiple route previews, and parking guidelines.

The Kenwood Excelon is available for between $$ and $$. Amazon customers give it a rating of 4.2 stars out of 5.0. Positive reviews cite the unit's reliability, while those who had a different experience were disappointed in the Kenwood customer service.

Alpine Electronics X208U MECH-Less Dash System for Custom Installation...
$1,027.59
Buy on Amazon
The Alpine X208U is available from $$$ to $$$ depending on whether you purchase a 2 or 3-year protection plan with it. It’s new enough that it hasn’t received customer reviews on Amazon yet. But it has earned a couple of four and five-star reviews from users via Crutchfield.com.

So which is best? For us the idea of a larger screen is very appealing, so we initially lean toward the Alpine X208U. For sure, it comes with a higher price, but after investing in an RV, you're going to want to take advantage of its best features without squinting.

But we also really value compatibility. The ability to have connectivity built-into the unit, rather than delivered via cell phone pairing, is a huge plus. 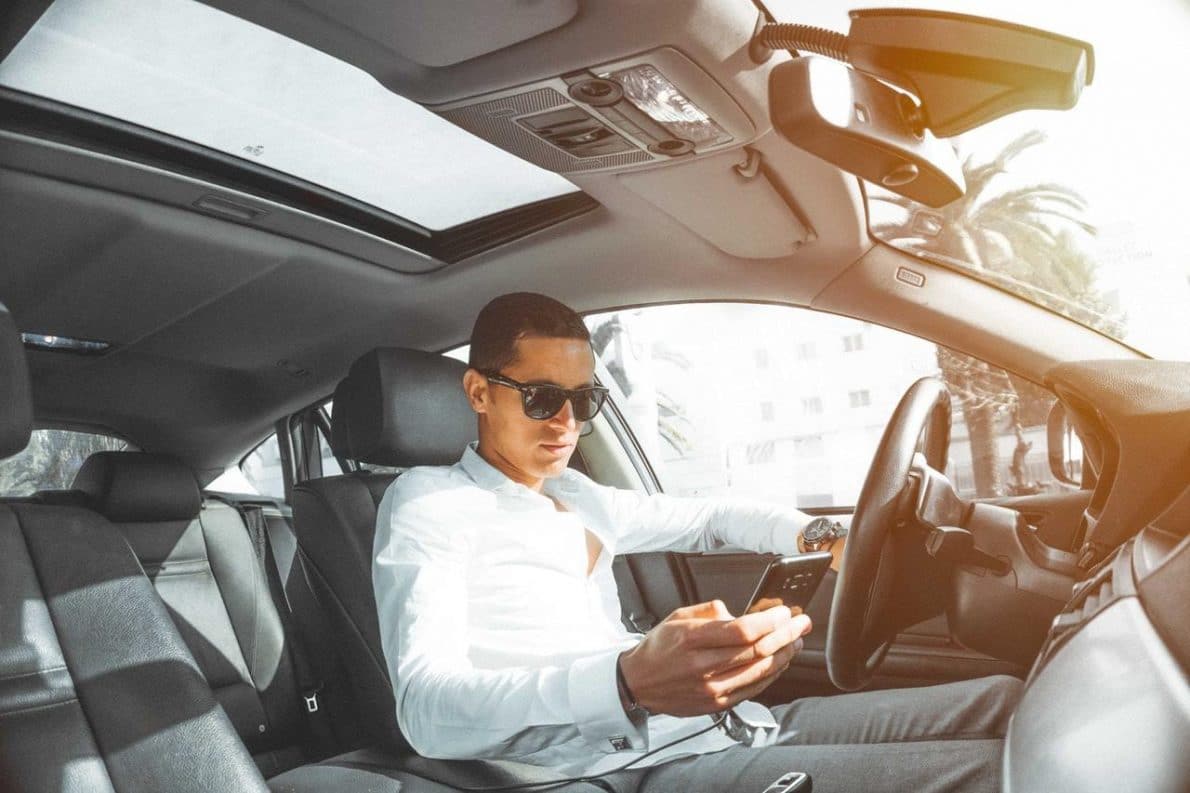 The system that feels closest to being the entertainment center of your universe is the Pioneer AVIC 8200NEX. And since you’ll find it mentioned in many reviews of available in-dash navigation systems, we see no reason to contradict the experts.

Though it would certainly be nice to be able to monitor and control vehicle performance. Perhaps Pioneer will include this capability in future releases.